According to the 2013 Global Cargo Threat Assessment Report released by FreightWatch International, the United States is one of five countries that has the highest risk of cargo theft. Brazil, Mexico, Russia and South Africa share this distinction with the U.S. The report also showed that in 2012, there was an average of 78.8 cargo thefts each month in the U.S.

This equates to 2.59 incidents per day. Of that number, 80.97 percent occurred with full truckload and container thefts; less-than-truckload losses equaled 4.33 percent. In total, 2012 saw the highest number of cargo thefts – 946 – in the United States since FreightWatch began collecting data.

What explains this increase? For starters, thieves are getting more determined and smarter when trying to obtain targeted cargo. Their aggressive tactics focus on identifying high-value goods. Furthermore, thieves are using sophisticated techniques to pull off heists, which require more than a lock and key to stop them.

The complexity of supply chain and freight services creates vulnerability in a time where people look for ways to exploit these vulnerabilities. However, that does not mean that carriers and shippers are at the mercy of thieves who put their energies toward taking from others. There are opportunities and techniques for enhanced security that reduces risks from beginning to end. With a solid partnership, carriers and shippers can successfully reduce the number of cargo incidents in the country.

Defining the Standards of Security

Carriers and shippers must work collectively to define standards of security within the industry. Despite the number of cargo thefts reported each year, many believe that zero thefts is an attainable goal. Since nearly 80 percent of cargo transported throughout the U.S travels by truck, moving loads securely is a top priority.

Yet, there is more than one way to stop thieves. Understanding what is required as the best line of defense involves getting a clear picture of what should occur at each movement phase. Carriers and shippers create layers of security and decrease chances of error by using a combination of effective actions.

Moving cargo safely starts before a shipment begins traveling down the road. A secure move begins the moment that the shipper tenders the freight to the carrier. From this point, the carrier is responsible for asking questions about the load’s contents.

High-value loads or commodities most attractive to thieves should trigger a series of special events geared towards keeping the cargo safe. Usually, high-value items are $100,000 or more; commodities susceptible to theft may include alcohol, electronics, pharmaceuticals and tobacco.

First, the driver should have an open schedule and enough fuel to travel for at least 200 miles after picking up the cargo. Typically, thieves track loads for a significant distance that are targeted coming out of facilities. Stopping 20 miles away from where the load is tendered exposes the driver and load to being hit.

Next, carriers should always inform the driver that high-value content requires special attentiveness. There should be a discussion that includes details of the load and what is necessary to ensure a safe and secure delivery. Extended travel for loads should have at least two drivers for the duration. With one driver driving while the other sleeps, the load has little rest time to be exposed to more risks.

Another solution that helps to secure loads is for the carrier to understand facility operations of the shipper. For example, a shipper that loads late puts the driver at the end of service hours. Running the load for 200 miles before the first stop is not possible. It is in both parties best interest to work out a better solution to eliminate the inherent risk.

Pickup is the next movement phase where carriers can capitalize on securing loads for which they are responsible. Many should consider beginning with the type of trailer that is used for pickups. Using a plain white trailer becomes an easy target and hard for authorities to track. Assigning trailers with unusual colors not only gives distinguished cover against would-be thieves, but these also make it easier to recover when a theft occurs.

It is recommended that drivers fuel up before going to the shipper’s facility. This helps to eliminate the risk of stopping too soon after picking up a loaded trailer or container. In addition to fueling, drivers should complete a thorough inspection of the truck and trailer. Not only will this help to reduce the risk of breaking down in transit, this is also required by federal DOT maintenance regulations.

Once at the shipper’s facility, drivers should monitor the loading process if it is a live load. Some instances of theft are inside jobs, unfortunately, and require additional checks and balances. Participation by drivers serve as another point of verification for carriers and shippers.

There are times when an extended stop period is unavoidable. In these situations, drivers should use a lock such as an air cuff lock to secure the tractor. This prevents releasing the truck’s brakes. Additionally, having a king pin lock on the trailer/container provides added security.

Safety practices continue while the load is with the driver until it reaches its destination. Routine stops by a single driver are unavoidable and should follow a pre-planned route. Stops should occur at secure lots, preferably at facilities owned by the carrier. Whenever this is not possible, drivers should park in well-lit areas and against a pole or building to prevent doors from being opened.

Typically, inspection of the load is necessary at each stop to make sure nothing has been compromised. Anything strange or suspicious should be reported immediately by calling 911. Additionally, carriers may consider having a trailer security monitoring system that sends alerts if a trailer door is compromised.

Delivery is the final leg of the journey but still holds equal importance in keeping cargo safe. There should be an expectation that the freight is just as vulnerable at the consignee’s location. Generally, the driver should participate in live unloads just as he or she did while picking up the load. Awareness of the consignee’s security procedures is also helpful.

Keeping cargo safe requires leveraging of high-tech and low-tech security solutions. This is essential for shippers with the revolutionary way technology has changed the transportation industry. Nearly every aspect of the shipping process has been altered and replaced with sophisticated technological tools to keep cargo safe.

Tracking devises – Security companies can embed small tracking devices on shipments. The difference between these devices and trailer tracking technology is cargo continues to be tracked when separated from the trailer.

Geofencing – Widespread use of this technology is the result a carrier’s need to protect routes. With a tracking device, both the carrier and shipper can follow cargo along the planned route. This virtual fence alerts both parties if the load veers off course or if the device is impacted. Police are also alerted immediately to begin recovering the load.

Electronic seal – An instant alert is transmitted if seals on the trailer or container are breached. Unauthorized opening of doors will trigger the alert and the security team is notified immediately.

Even these high-tech solutions need assistance from low-tech technology systems: telephones and computers. Use of technology will certainly improve the security of cargo. However, no device is a replacement for common sense processes and human communication. Cargo is much safer when carriers and shippers rely on a combination of both high- and low-tech solutions.

Maintaining a Culture of Security

Everyone responsible for cargo safety should adopt a culture of security, which involves taking necessary steps throughout the supply chain process. Entrusting valuable cargo in the hands of professional drivers calls for having the right people at the wheel. In many cases, this is the biggest determinant of whether cargo makes it to the planned destination.

Thorough background checks and pre-employment verification processes, which include driving records, should be followed consistently. DOT drug tests should also be included in the intense scrutiny of drivers. Addictions can increase the risk of cargo theft due to the need to finance a habit. Whenever a driver is terminated, access to facilities and procedures should be pulled immediately to protect the carrier’s integrity and reputation.

Training of drivers does not stop at obtaining a CDL license nor does it mean that drivers are automatically ready to haul expensive freight. Constant assessments of driver performance is a must to help strengthen a culture of safety. Reinforcement of policies and procedures on both the shipper and carrier side is a must.

Semi-annual training sessions on using the latest safety technologies and updates on criminal practices are essential. The goal is to embed certain security measures so drivers can instinctively respond to different situations.

No matter how good the procedures, or whether carriers have state-of-the-art technologies, communication remains the glue to keeping security pieces together. Expectations should be communicated with all internal and external partners.

Staying Ahead of Thieves

Full engagement in the process helps to increase the security of shipments even in an unsafe United States. Shipping might not be as safe and secure as it once was, but partnerships between carriers and shippers can help to close security gaps. Collaboration among internal teams fortifies safety measures when everyone who touches the cargo are on the same page.

Learning the different techniques that thieves use to get an advantage on tightly woven security systems is crucial. Anticipating changes in the security environment helps parties be ready and adapt. Doing these things will keep carriers and shippers ahead of thieves. 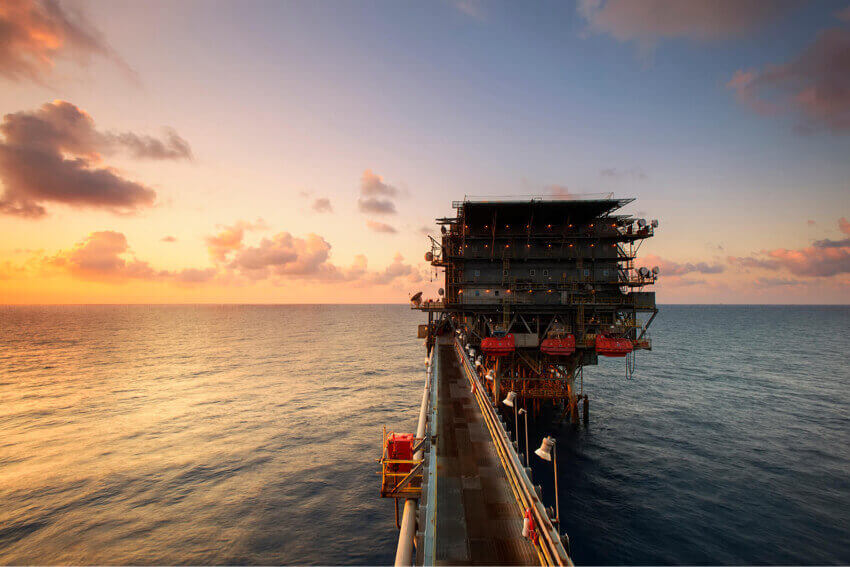 When an oilfield is up and running, it has constant personnel needs that are often difficult for the oil company itself to fulfill. In the oil industry, there are many jobs that pay well and do not have specific technical demands.
Read Article
Increased Demand for Drivers Impacts Cash Flow in Trucking Industry 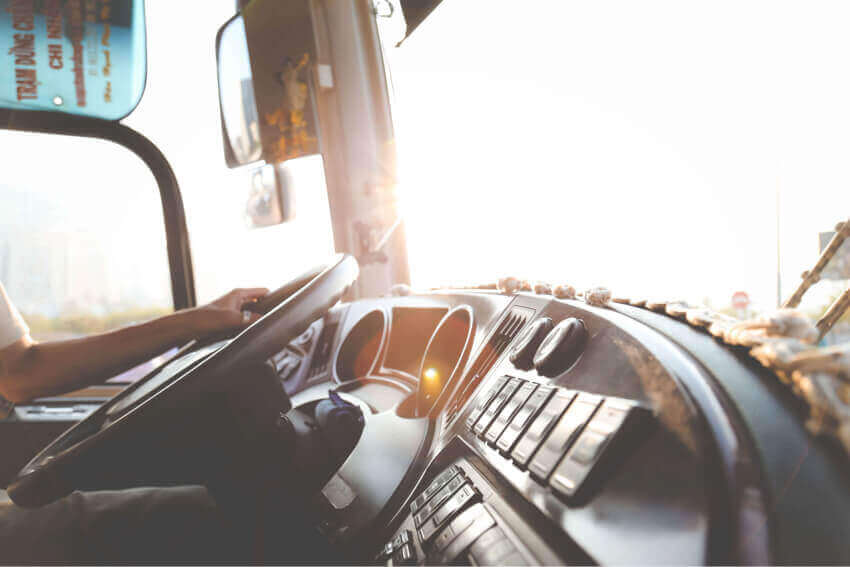