Recovering from the Government Shutdown

America prides itself on having a free market system where liberties of the private sector prevail. Open competitive markets allow businesses to succeed or fail, which suggests that anyone can prosper from the invisible hand of capitalism. However, can the natural phenomenon that guides American free markets really succeed without government regulations intervening?

While people have the freedom to create wealth in the U.S., there are times when the federal government intervened for the health of the economy. For example, Congress passed Sarbanes Oxley in 2002 following the Enron scandal. More recently, Congress also intervened in 2008 when the economy was on the brink of disaster. TARP was passed in an attempt to right-size the economy after the collapse of Lehman Brothers.

These are good examples of government positively influencing private business. What happens when the government influences business activity negatively? Take for example, the recent government shutdown.

Initially, most businesses safely assumed that politicians would not really risk the health of an anemic recovery with political games. They also believed that even if there was a shutdown, the impact to certain businesses would be minimal. However, at the end of 16 days, some businesses had to rethink the net effect of the 2013 government shutdown. Financial services company Standard & Poor’s estimated that those 16 days cost the U.S. economy $24 billion, along with a projected reduction in fourth quarter GDP growth.

Businesses and consumers were spooked by the standoff in Washington; an anemic recovery was being threatened by political posturing from a government that should support the free market system. Instead, levels of uncertainty went up while confidence that the U.S. government was capable of guiding the invisible hand went down.

A pathway to recovery looks bleak when the perception is that government behavior interferes with efforts. Instead of seeing a clearer path around the corner, businesses are planning for stagnant growth. The government is having an opposite effect on how American businesses feel about the state of economic affairs.

Effects of Government Action (or Inaction)

Congressional deadlock occurred when the economy was trying to gain traction several years after a recession. Slowly, consumers are trying to improve their household finances. Most businesses are starting to hire even though it is at a modest pace. Additionally, the housing market is regaining lost ground and the Dow Jones and S&P 500 are seeing record highs. For investors, concern with the Federal Reserve’s bond-buying decision is more important that what is occurring – or not occurring – on Capitol Hill.

Nevertheless, consumer confidence fell during the shutdown to a five month low taking business confidence with it. If consumers are not buying, fewer businesses are hiring as political battles crimp their plans to hire. The impact is serious for an economic system that depends on both to remain strong. Private sector businesses need a responsive government partner.

Ripple Effect in the Private Sector

Officially, the government shutdown ended on October 16, but not before costing approximately 120,000 jobs during the month of October. While government offices were closed, there was also a ripple effect in the private sector.

Take into account the loss of revenue in the travel industry because national parks were closed. Oil and gas drilling permits were halted, which hurt the progress of oil and gas industries that rely on this government function. The recovering housing industry suffered because the IRS could not process verifications for mortgage applications. All of this inactivity set the stage for the dreaded “u” word in business: uncertainty.

With all of the affected industries listed above, none is more pressing to every private sector business than uncertainty caused by a government shutdown. When business owners are unsure of the economic impact that a long-term cessation of U.S. government operations can have, changes to business activity are put on hold. This includes expanding business operations or hiring new employees.

A downward spiral effect occurs on a wider economic scale when American businesses stop putting money into the economy. Waiting for the government to create economic incentives puts the economy on a decline.

Uncertainty is also real for consumers who will not spend money on goods and services. Local businesses are hit further by skittish consumers and the circle continues. Businesses of all sizes viewed the government shutdown as bad news.

This is also true for businesses that do not work directly with the federal government. The only “good” news is that businesses are accustomed to the dysfunction within the political climate in Washington. They have used their ingenuity in other ways to operate despite issues constantly arising in the government political system.

It could be said that continuing business as usual – while having faith that legislators would work out issues – prevented problems from getting worse. The American economy is only as strong as the consumers and businesses that support it. As the numbers show from the 16 day shutdown, a decrease in spending does not bode well on many different levels.

Federal employees are not centralized to working only in Washington, D.C. On the contrary, every state has a presence of federal employees in parks, courthouses and other essential services.

Not only did the shutdown impact tourism, it also prevented furloughed federal employees classified as nonessential from contributing to the local economy. Many had to tighten their purse strings while they waited at home for the government to reopen. Yes, Congress passed a bill to make sure all employees receive back pay, but the damage was already done to local businesses that lost revenue.

A wrench was also thrown into lending programs through the Small Business Administration, which guaranteed approximately $30 billion in loans to small businesses over a three-year period. Employees responsible for approving loans were furloughed, leaving many loans unfunded.

Fortunately, businesses that were already receiving SBA loans before the shutdown were not impacted. They were able to receive and use funds that were approved. Additionally, loans that were part of the Disaster Loan Program were not affected.

Moody’s Analytics and Experian released a report that showed a 35 percent decrease in loan volume during the first four weeks of October. Projections are, however, that the SBA will be able to make up lost ground by the end of 2013.

Part of the positive news for SBA loans could be the surge in applications several weeks before the government shutdown. Lenders rushed to submit applications even though activity on processing halted. Applications not processed by midnight September 30 remained in limbo until after the shutdown ended.

Business credit also showed signs of good news after the shutdown. Small business credit quality is at its highest level since 2010, which indicates that fewer businesses have been delinquent on loans. This is different from the challenges many businesses faced while trying to recover from the Great Recession.

Contracts with the Government

Third-party contractors for the federal government most likely felt an immediate impact to their businesses. This was especially true if contractors or permanent federal employees were not considered essential.

Many across the country were forced to cease operations because they relied solely in providing government services. From the local diner that served a large pool of civilian contractors to the paper provider partnering with a large government contractor, there was a significant drop in business.

Some businesses that contracted with other entities lost government services but were able to remain open because of they had diverse clients. Nevertheless, most felt the impact that a loss in government contracting services caused.

Productivity and the Flu Season

One of the constant conversations during the shutdown was how much the country relied on government services. Realization of what the government did was highlighted when people realized that foods would not be inspected or fewer air traffic controllers would be on duty.

The Centers for Disease Control was forced to halt its flu program just as the flu season was preparing to make an appearance. Vaccinations continued to be shipped during the shutdown. However, monitoring of the program decreased, which could have created a dangerous situation for a program that contributes to the health of citizens.

A flu outbreak could impact worker productivity within the private sector if employees are not vaccinated as usual. Additionally, an outbreak of the flu could have further repercussions for businesses.

There was even speculation about interference with the long-awaited IPO for Twitter and other businesses. The Securities Exchange Commission did not shut down completely. However, new IPOs were not awarded while the government remained closed.

Businesses that were at the beginning stages were not affected since the entire IPO process takes between two and three months. However, those nearing the end and trying to price transactions were put on hold.

Fiscal warfare waged within the federal government can indirectly and directly bring harm to the economy. When government services are cut during a temporary shutdown, many areas in the nation will feel the effects. A broad range of commerce and economic activity becomes directly infected and a weak economy gets weaker.

Indirectly, the economic environment must find stable bearings while politicians resolve issues that have caused the disruption. In the mean time, the threat of damaged markets hovers like a storm cloud.

Many businesses had to make decisions to remain open and/or cut back on daily operations until the government reopened. While this is representative of American ingenuity, it also shines a light on a problem that justifies why some in the private sector may question the role of government in business. For certain, businesses need a government that works on behalf of economic activity. Recovery is possible but not easy when an anemic economy is hit by a lack of confidence. 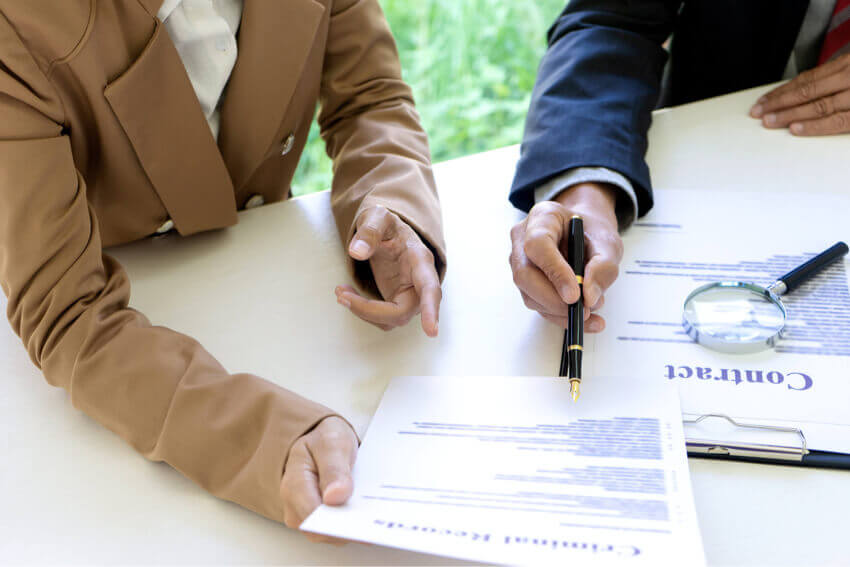 Federal contract work has held the title of big business in Washington, D.C. for many years, particularly during the last decade. However, private companies awarded lucrative contracts in the past are seeing a rapid decrease in the value of current contracts.
Read Article
How Do I Get Business from the Government? 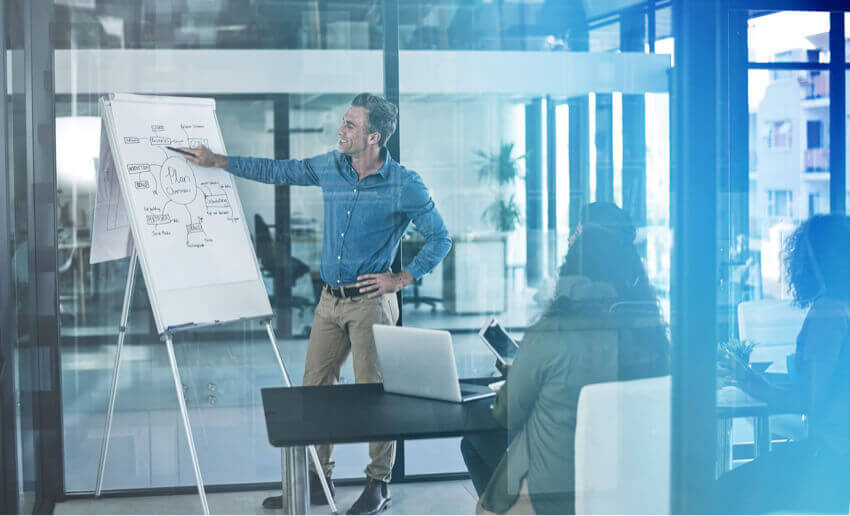